By the norms of the Iranian state, the Bakhtiari nomads are registered as Twelver Shi’i Muslims, Isna’ashari (davazdah imami). The cult of the saints, of visits to holy shrines, is very strong and current among the Bakhtiari. In addition to this cult of pilgrimage and visits to sacred places, they also demonstrate homage to sacred trees and stones, to which they give offerings or sacrifice animals. 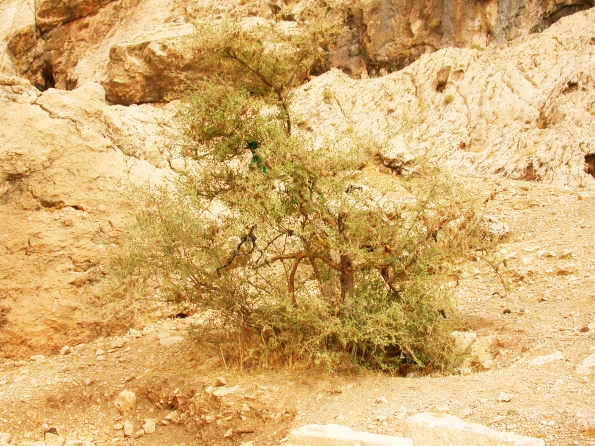 The Bakhtiari also, in the majority of cases, swear by the name of fire (atash), of wind (bad) or even by a much-respected saint like Shahzadih Ibrahim. I suggest that close study of their way of life and their seasonal transhumance may help us understand the reasons for such beliefs, especially the cult of saints. Bakhtiari religious structures, which are generally regarded as constituent components of pastoral nomads’ sacred landscape and geography in Iran, should be considered more broadly as an integral part of the sacred geography of pastoral nomads in the Middle East.

Furthermore, no matter where these religious and sacred landscapes are constructed, the components of their commemoration can be varied, animated by elements of local, clan or even tribal history, rather than by the scripture of the Shi’i version of Islam in Iran. Sacred trees and stones, though central to non-orthodox worship at shrines dedicated to Bakhtiari local saints (sayyids, shaikhs, pirs, mirs, babas, khatuns, bibis etc.), are not textually registered.

Consequently, the Bakhtiaris’ religious landscape can be understood only through the macrocosm of ethnography and ethno-archaeology. Moreover, the folklore and beliefs that are interwoven with the Bakhtiaris’ sacred landscape have generally been orally transmitted, and only in some rare cases are also documented in the records of local researchers. Therefore, ethnography and oral history enable us to individualize and separate the varied and multiple components of commemoration, even within those forms that are part of the pastoral tradition and have a vivid textual reality – a saint’s shrine, for instance, may be viewed as the habitation of a presiding deity, or as a monument that signifies the continuance of the family lineage, or the circumstances that made survival possible, or as a structure which served as a memorial to episodes in local clan traditions. It is also useful to distinguish the religious arenas and sacred landscapes of those who are settled from those of the pastoral nomads among Bakhtiari society.

Today, the physical evidence for the sacred landscapes of settled Bakhtiari is composed of monumental religious structures rooted in the Iranian version of Shi’ism, mainly in the form of registered shrines and mosques. However, the pastoral nomadic cultural heritage tradition is found in more humble small stone mountain- shrines, or in sacred constructions and memorials that are created in honour of local saints or pious figures. In most cases, neither of these two cultures have ancient sacred structures. The sacred mountain shrines of the Bakhtiari, commonly found at the geographical peripheries of villages or situated in the territory of pastoral nomads, are, moreover, difficult to date. Their origins are unknown, they contain no inscriptions that would allow us to identify the personages that lie buried there, and they are not cited or mentioned in local oral histories. However, in the absence of inscriptions or any other evidence, it may be that what appear today as sacred shrines have antecedents dating back to the seventeenth and eighteenth centuries, especially because the Bakhtiari territory is geographically contiguous to the core area of the greater Luristan in the north and the vast area of Khuzistan to the south. Whatever their origins, it is certain that around the beginning of the twentieth century, when the forced settlement of Bakhtiari nomads began, these were commonly encountered religious forms. 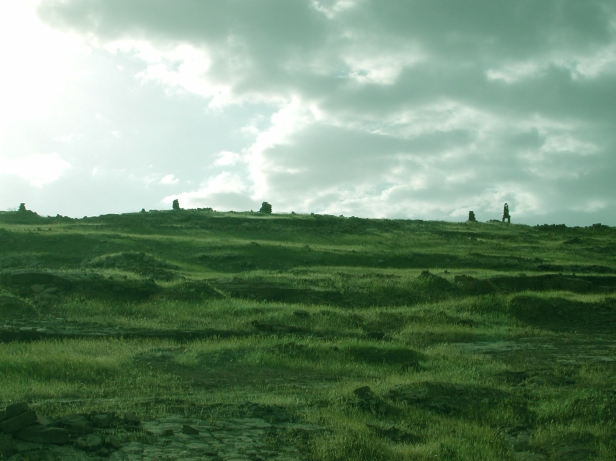